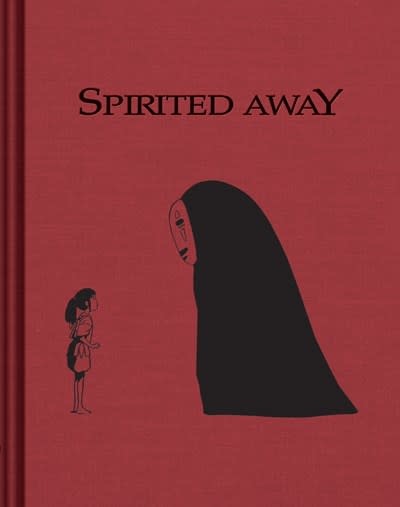 • LAY-FLAT BINDING: This sketchbook lays flat for ease of writing, sketching, and drawing.

• GREAT GIFT: Fans of Spirited Away, Hayao Miyazaki and Studio Ghibli will love this high-quality sketchbook. A unique present for creatives, animation enthusiasts, collectors, and fans of Japanese art, stationery, and pop culture.

• BELOVED STUDIO WITH MASSIVE FAN BASE WORLDWIDE: Miyazaki is often called the "Walt Disney of Japan." The Ghibli Museum is a popular destination in Tokyo, seeing about 650,000 visitors a year. Six of Studio Ghibli's films received Academy Award® nominations in the United States.

• AWARD-WINNING FILM: Spirited Away has received universal critical acclaim, winning the Academy Award® for Best Animated Feature in 2003. Lauded as a masterpiece, the movie continues to appear on "best film" lists including in Rolling Stone, The New York Times, Time Out, and more.

Studio Ghibli is a Tokyo-based animation film studio founded in 1985 by film directors Isao Takahata and Hayao Miyazaki. The studio has produced more than twenty feature-length films, many of which have garnered numerous awards and critical acclaim, including My Neighbor Totoro, Kiki's Delivery Service, Princess Mononoke, and the Academy Award®-winning Spirited Away.