Home » The Book of Delights 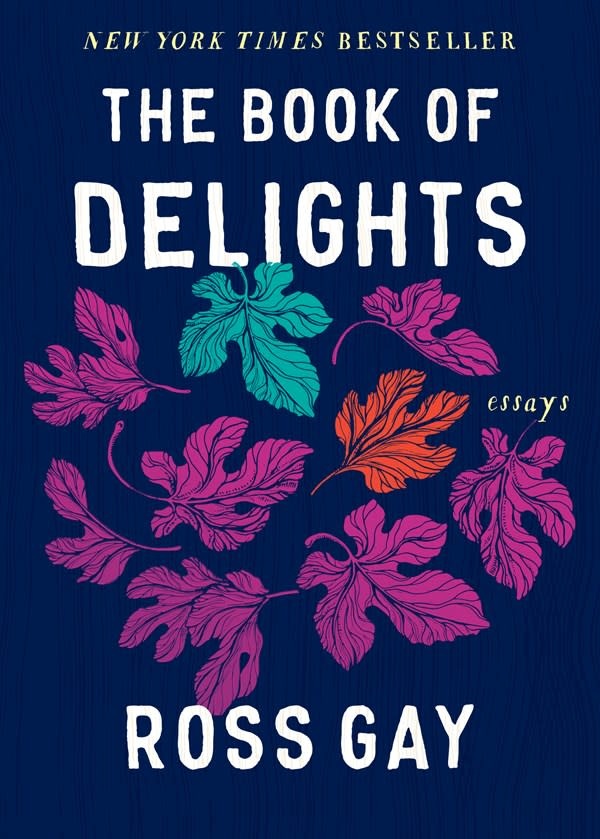 The Book of Delights

The New York Times bestselling book of essays celebrating ordinary delights in the world around us by one of America's most original and observant writers, award-winning poet Ross Gay.

As Heard on NPR's This American Life

“Ross Gay’s eye lands upon wonder at every turn, bolstering my belief in the countless small miracles that surround us.” —Tracy K. Smith, Pulitzer Prize winner and U.S. Poet Laureate

The winner of the NBCC Award for Poetry offers up a spirited collection of short lyrical essays, written daily over a tumultuous year, reminding us of the purpose and pleasure of praising, extolling, and celebrating ordinary wonders.

In The Book of Delights, one of today’s most original literary voices offers up a genre-defying volume of lyric essays written over one tumultuous year. The first nonfiction book from award-winning poet Ross Gay is a record of the small joys we often overlook in our busy lives. Among Gay’s funny, poetic, philosophical delights: a friend’s unabashed use of air quotes, cradling a tomato seedling aboard an airplane, the silent nod of acknowledgment between the only two black people in a room. But Gay never dismisses the complexities, even the terrors, of living in America as a black man or the ecological and psychic violence of our consumer culture or the loss of those he loves. More than anything else, though, Gay celebrates the beauty of the natural world–his garden, the flowers peeking out of the sidewalk, the hypnotic movements of a praying mantis.

The Book of Delights is about our shared bonds, and the rewards that come from a life closely observed. These remarkable pieces serve as a powerful and necessary reminder that we can, and should, stake out a space in our lives for delight.

In addition to The Book of Delights: Essays, Ross Gay is the author of three books of poetry, including Catalog of Unabashed Gratitude, winner of the 2015 National Book Critics Circle Award and the 2016 Kingsley Tufts Poetry Award. Catalog was also a finalist for the 2015 National Book Award in Poetry, the Ohioana Book Award, the Balcones Poetry Prize, the Hurston/Wright Legacy Award, and was nominated for an NAACP Image Award. He is a founding editor, with Karissa Chen and Patrick Rosal, of the online sports magazine Some Call It Ballin’ and founding board member of the Bloomington Community Orchard, a nonprofit, free-fruit-for-all food justice and joy project. Gay has received fellowships from the Cave Canem Foundation, the Bread Loaf Writers’ Conference, and the Guggenheim Foundation. He teaches at Indiana University.