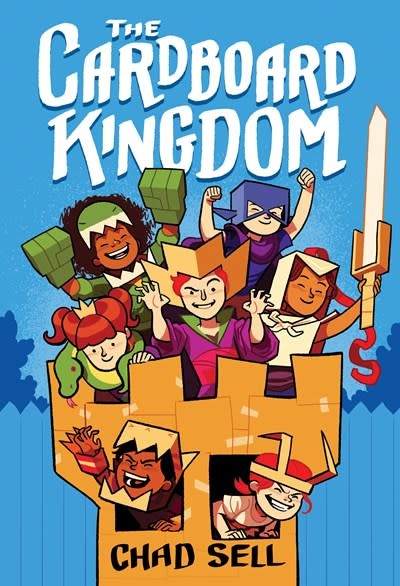 $12.99
Ages 9 to 12, Grades 4 to 7
Perfect for fans of Raina Telgemeier, Awkward, and All's Faire in Middle School, this graphic novel follows a neighborhood of kids who transform ordinary cardboard into fantastical homemade costumes as they explore conflicts with friends, family, and their own identity.

"A breath of fresh air, this tender and dynamic collection is a must-have." --Kirkus, Starred

Welcome to a neighborhood of kids who transform ordinary boxes into colorful costumes, and their ordinary block into cardboard kingdom. This is the summer when sixteen kids encounter knights and rogues, robots and monsters--and their own inner demons--on one last quest before school starts again.

In the Cardboard Kingdom, you can be anything you want to be--imagine that!

"There's room for everyone inside The Cardboard Kingdom, where friendship and imagination reign supreme." --Ingrid Law, New York Times bestselling author of Savvy

"A timely and colorful graphic novel debut that, like its many offbeat but on-point characters, marches to the beat of its own cardboard drum." --Tim Federle, award-winning author of Better Nate Than Ever