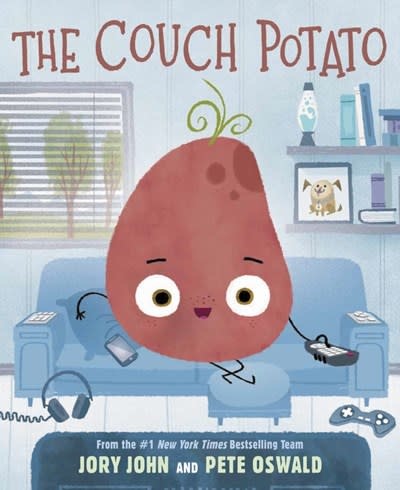 Meet the Couch Potato! Here to join the Bad Seed, the Good Egg, and the Cool Bean, is a laidback potato who realizes there is much more to life than slouching on the couch.The Couch Potato has everything he wants within reach of his sunken couch cushion. But when the electricity goes out and his dog’s treadmill is fried, Couch Potato is forced to peel himself away from the comforts of his living room and venture outside. And when he does, he realizes fresh air and sunshine could be just the things he needs...Children of all ages will laugh along as they learn alongside their new favorite spud that balancing activity and inactivity is the root to true happiness.