Home » The Count of Monte Cristo: A novel (Penguin Classics) 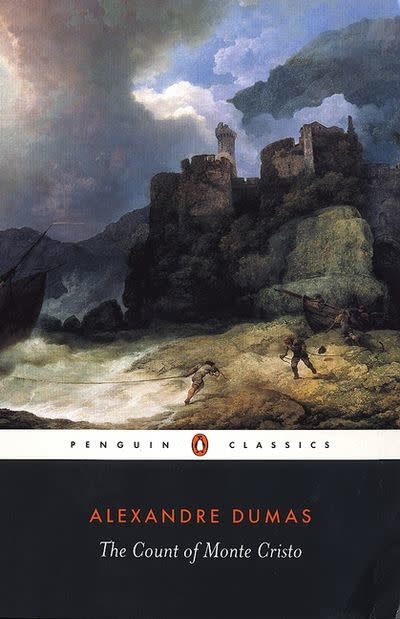 The Count of Monte Cristo: A novel (Penguin Classics)

"On what slender threads do life and fortune hang." Nominated as one of America’s best-loved novels by PBS’s The Great American Read

Thrown in prison for a crime he has not committed, Edmond Dantes is confined to the grim fortress of If. There he learns of a great hoard of treasure hidden on the Isle of Monte Cristo and he becomes determined not only to escape, but also to unearth the treasure and use it to plot the destruction of the three men responsible for his incarceration. Dumas’ epic tale of suffering and retribution, inspired by a real-life case of wrongful imprisonment, was a huge popular success when it was first serialized in the 1840s.Robin Buss’s lively English translation is complete and unabridged, and remains faithful to the style of Dumas’s original. This edition includes an introduction, explanatory notes and suggestions for further reading.

Alexandre Dumas (1802–1870) was the son of Napoleon’s famous general Dumas. A prolific author, his body of work includes a number of popular classics, including The Three Musketeers and The Man in the Iron Mask.

Robin Buss (1939–2006) was a writer and translator who worked for the Independent on Sunday and as television critic for the Times Educational Supplement. He was also the translator of a number of volumes for Penguin Classics.