Home » The Gardens of Dorr 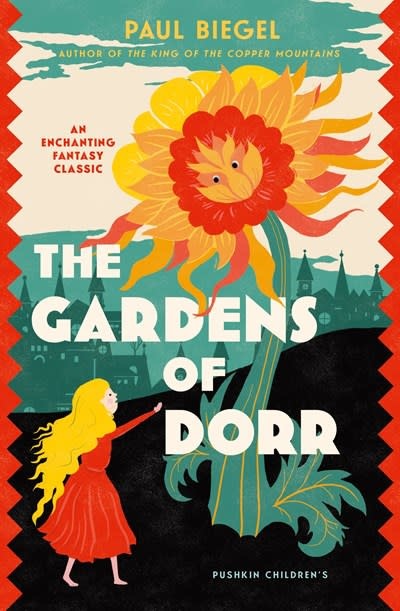 The Gardens of Dorr

Dorr was once a city of merriment, music and dancing. Now it lies grey and silent under the spell of the witch Sirdis. When a young princess arrives in Dorr on a secret quest, she finds a town full of mystery, magic and danger. As she meets with a succession of strange, funny and frightening characters, Dorr's true history, and the true nature of her quest, become clear through the stories they tell each other. Can the princess find the gardens of Dorr and free the city from its evil enchantment?

By turns beautiful, thrilling, frightening and comical, The Gardens of Dorr is a richly detailed, unforgettable fantasy adventure, considered by many to the crowning achievement of one of Europe's most beloved children's writers.

Paul Biegel was one of Europe's most acclaimed and best-loved storytellers, and the author of more than fifty books for children. Born in the Netherlands in 1926, he studied law but worked as a comic-strip writer before writing his first novel, The Golden Guitar, in 1960. He wrote at a rate of almost a book year for nearly forty years, producing timeless fantastical tales of dwarves, princesses, witches, robbers and talking animals. The Gardens of Dorr was first published in 1969 and is considered by many to be Biegel's greatest achievement. The King of the Copper Mountains and The Little Captain are also available from Pushkin Children's Books.