Home » The Ghoul of Windydown Vale 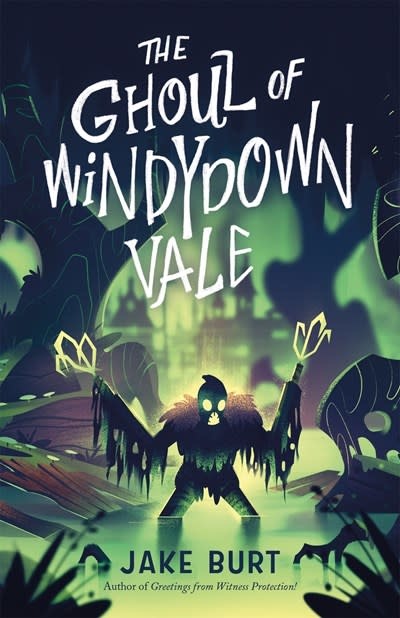 The Ghoul of Windydown Vale

A thrilling middle-grade mystery from the author of Cleo Porter and the Body Electric.

In this action-packed mystery from award-winning author Jake Burt, Copper Inskeep holds Windydown Vale's deepest and darkest secret: He is the ghoul that haunts the Vale, donning a gruesome costume to scare travelers and townsfolk away from the dangers of the surrounding swamps. When a terrified girl claims she and her father were attacked by a creature—one that could not have been Copper—it threatens not just Copper's secret but the fate of all Windydown.

Jake Burt is the author of the middle grade novels Greetings from Witness Protection!, an Indie Next selection; The Right Hook of Devin Velma, a Junior Library Guild selection, and The Tornado, which School Library Journal called "one of the best stories about bullying for middle grades,” in a starred review. His newest novel, Cleo Porter and the Body Electric, was praised as a "thrilling sci-fi adventure" by #1 New York Times bestselling author Alan Gratz. Jake teaches fifth grade, and lives in Hamden, Connecticut, with his wife and daughter. Jburtbooks.com