Home » The Tryout: A Graphic Novel

The Tryout: A Graphic Novel

From two-time Newbery Honoree and Kirkus Prize winner Christina Soontornvat, and stellar new talent, Joanna Cacao, comes a high stakes, highly relatable graphic novel about courage and competition, friendship and belonging, and learning to feel comfortable in your own skin. Perfect for fans of New Kid, Rollergirl, and Real Friends.Trying out for middle school cheerleader means: performing in the giant school gym, with the whole school watching, and risking total humiliation. If Christina can make it through this, she can make it through anything. ​​​​​​​ As one of the only Asian American kids in her small Texas town, Christina just wants to fit in. Luckily, her best friend, Megan, who is Iranian American, can totally relate. The two girls have always been inseparable and relish creating elaborate fantasy worlds together. But middle school is a reality-check, and suddenly popularity is way more important than playing pretend. ​​​​​​​ When cheerleading tryouts are announced, Christina and Megan literally jump at the chance to join the squad. But does fitting in actually equal belonging? Will they survive the terrifying tryouts? And most importantly, will their friendship withstand the pressures of heated competition and rivalry? ​​​​​​​ Hilarious and heartfelt, The Tryout is Christina Soontornvat's personal story, sure to make you laugh, cry, and cheer!

Christina Soontornvat is the author of two Newbery Honor books A Wish in the Dark and All Thirteen, which also won the Kirkus Prize and a Sibert Honor distinction. She is also the author of Scholastic’s beloved fantasy series Diary of an Ice Princess, and the picture books The Ramble Shamble Children, The Blunders, and Simon at the Art Museum, as well as the forthcoming To Change a Planet. Christina holds a B.S. in Mechanical Engineering and a master’s degree in Science Education. She spent a decade working in the science museum field, where she designed programs and exhibits to get kids excited about science and STEM. Christina lives in Austin, Texas, with her husband, two young children, and one old cat. You can learn more about her work at soontornvat.com.

Joanna Cacao is a Canadian-Filipino artist and illustrator who lives in Winnipeg with her Pomeranian, Danny. She loves working on magical and fantastical stories. Growing up in front of a TV, Joanna immediately became obsessed with any show or film that had a great story and set of characters. Her favorite shows consist of Avatar: The Last Airbender, Downton Abbey, and Gravity Falls. Her biggest influences come from various manga, as well as Ghibli and Disney films. She has a background in 3D Animation, and has self-published a queer webcomic: Toxic For You. 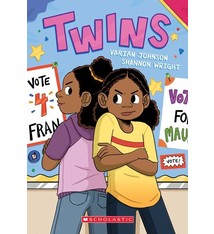 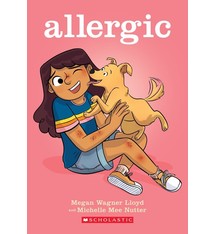