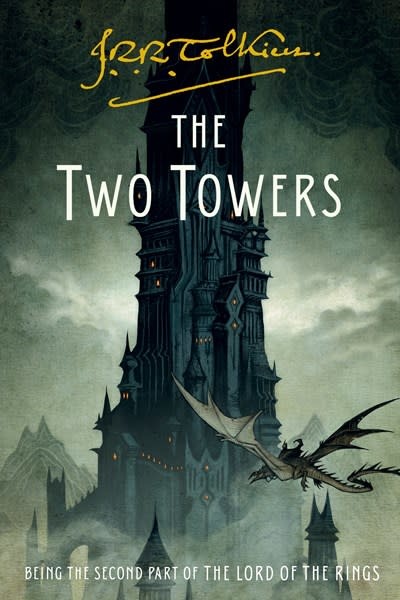 Tolkien’s classic epic fantasy trilogy The Lord of the Rings, updated with a fresh new package for Book 2, The Two Towers

Frodo and his Companions of the Ring have been beset by danger during their quest to prevent the Ruling Ring from falling into the hands of the Dark Lord by destroying it in the Cracks of Doom. They lost the wizard Gandalf in the Mines of Moria. And Boromir, seduced by the power of the Ring, tried to seize it by force. While Frodo and Sam made their escape, the rest of the company was attacked by Orcs.

Now they continue their journey alone down the great River Anduin—alone, that is, save for the mysterious creeping figure that follows wherever they go.