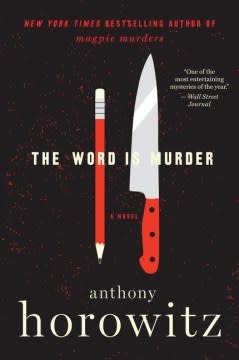 New York Times bestselling author of Magpie Murders and Moriarty, Anthony Horowitz has yet again brilliantly reinvented the classic crime novel, this time writing a fictional version of himself as the Watson to a modern-day Holmes.

“Sharp-witted readers who think they’ve solved the puzzle early on can rest assured that they’ve opened only one of many dazzling Christmas packages Horowitz has left beautifully wrapped under the tree.”— Kirkus Reviews (starred)

A woman crosses a London street. It is just after 11 a.m. on a bright spring morning, and she is going into a funeral parlor to plan her own service. Six hours later the woman is dead, strangled with a crimson curtain cord in her own home.

Enter disgraced police detective Daniel Hawthorne, a brilliant, eccentric man as quick with an insult as he is to crack a case. And Hawthorne has a partner, the celebrated novelist Anthony Horowitz, curious about the case and looking for new material. As brusque, impatient, and annoying as Hawthorne can be, Horowitz—a seasoned hand when it comes to crime stories—suspects the detective may be on to something, and is irresistibly drawn into the mystery.

But as the case unfolds, Horowitz realizes he’s at the center of a story he can’t control...and that his brilliant partner may be hiding dark and mysterious secrets of his own.

A masterful and tricky mystery that operates at many levels, The Word Is Murder is Anthony Horowitz at his very best. 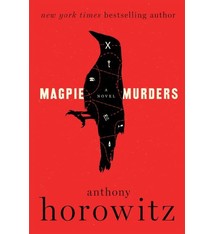