Home » Tuesday – The Curse of the Blue Spots (Total Mayhem #2) 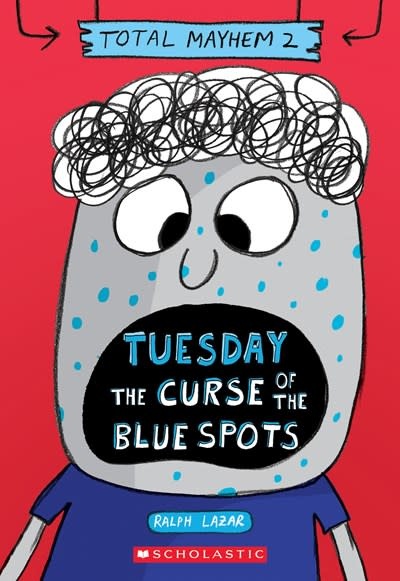 Tuesday – The Curse of the Blue Spots (Total Mayhem #2)

The second book in the hilarious action comedy chapter book series from New York Times bestselling duo Ralph Lazar and Lisa Swerling!There's a weird smell of sardines around here, and someone super-creepy has been skulking around near the pump-house. I think there might be some mischief afoot.When Dash and his classmates start coming down with blue spots all over their faces, nobody knows what's going on. But Dash has his suspicions. Does it have something to do with the Face-Pulling Championships later in the day? Dash needs to act, and fast!