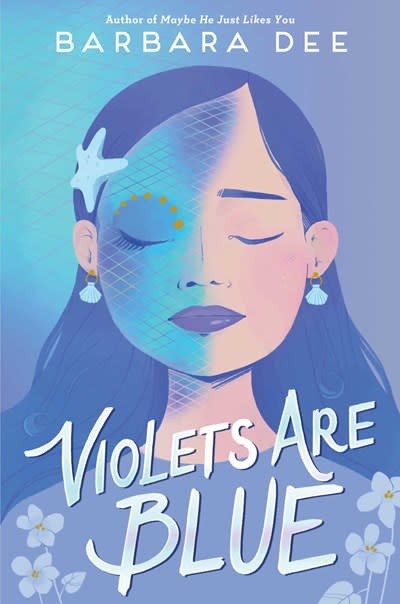 From the author of the acclaimed My Life in the Fish Tank and Maybe He Just Likes You comes a moving and relatable middle grade novel about secrets, family, and the power of forgiveness.

Twelve-year-old Wren loves makeup—special effect makeup, to be exact. When she is experimenting with new looks, Wren can create a different version of herself. A girl who isn’t in a sort-of-best friendship with someone who seems like she hates her. A girl whose parents aren’t divorced and doesn’t have to learn to like her new stepmom.

So, when Wren and her mom move to a new town for a fresh start, she is cautiously optimistic. And things seem to fall into place when Wren meets potential friends and gets selected as the makeup artist for her school’s upcoming production of Wicked.

Only, Wren’s mom isn’t doing so well. She’s taking a lot of naps, starts snapping at Wren for no reason, and always seems to be sick. And what’s worse, Wren keeps getting hints that things aren’t going well at her new job at the hospital, where her mom is a nurse. And after an opening night disaster leads to a heartbreaking discovery, Wren realizes that her mother has a serious problem—a problem that can’t be wiped away or covered up.

After all the progress she’s made, can Wren start over again with her devastating new normal? And will she ever be able to heal the broken trust with her mom?

Barbara Dee is the author of twelve middle grade novels published by Simon & Schuster, including Violets Are Blue, My Life in the Fish Tank, Maybe He Just Likes You, Everything I Know About You, Halfway Normal, and Star-Crossed. Her books have earned several starred reviews and have been named to many best-of lists, including the The Washington Post’s Best Children’s Books, the ALA Notable Children’s Books, the ALA Rise: A Feminist Book Project List, the NCSS-CBC Notable Social Studies Trade Books for Young People, and the ALA Rainbow List Top Ten. Barbara lives with her family, including a naughty cat named Luna and a sweet rescue hound named Ripley, in Westchester County, New York.