Home » When Stars Are Scattered 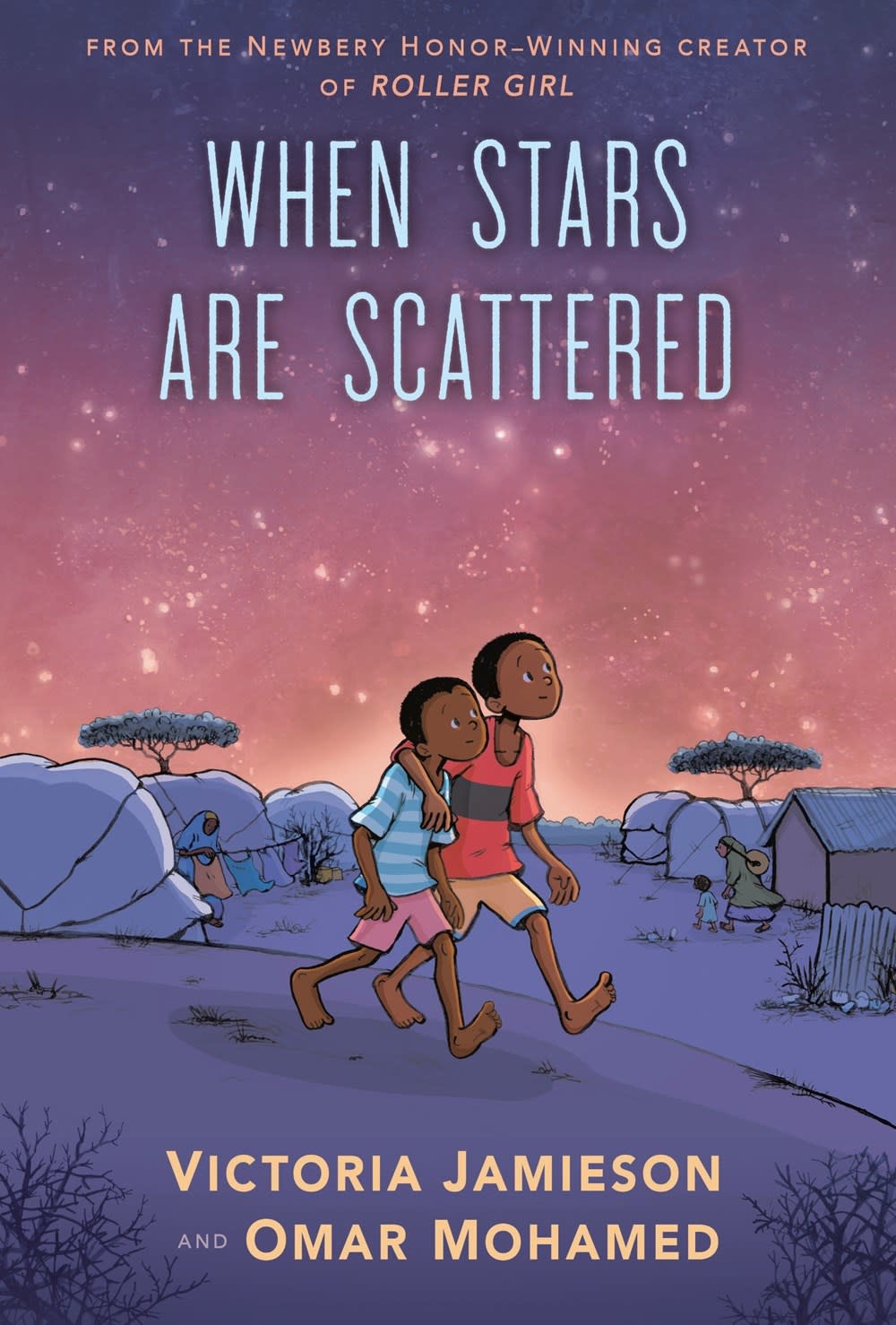 When Stars Are Scattered

Heartbreak and hope exist together in this remarkable graphic novel about growing up in a refugee camp, as told by a Somali refugee to the Newbery Honor-winning creator of Roller Girl.

Omar and his little brother, Hassan, arrived in Dadaab, a refugee camp in Kenya, seven years ago. Their father was killed the day they left home, and they haven’t seen their mother since they joined their neighbors who were fleeing to Dadaab. Now Omar is eleven and Hassan is nine, and Omar has quit school to look after his brother, who has an intellectual disability.

When Omar is given the opportunity to return to school and carve out a future for himself and Hassan, he feels torn. He loves school and could have the opportunity to earn a coveted scholarship to a North American university—and with it a visa for himself and Hassan. But is it worth the risk and heartache of leaving his vulnerable brother for hours each day?

Told in Victoria Jamieson’s engaging and accessible graphic-novel style and based on Omar Mohamed’s gripping true story, this book is an intimate, important look at day-to-day life in a refugee camp.

Victoria Jamieson is the creator of All’s Faire in Middle School and the Newbery Honor Book Roller Girl. She received her BFA in illustration from the Rhode Island School of Design and worked as a children’s book designer before becoming a freelance illustrator. She has also worked as a portrait artist aboard a cruise ship, and has lived in Australia, Italy, and Canada.

Omar Mohamed spent his childhood at the Dadaab camp, after his father was killed and he was separated from his mother in Somalia. He devoted everything to taking care of his younger brother, Hassan, and to pursuing his education. He now lives in Lancaster, PA, with his wife and five children, and works at a center to help resettle other refugees.

Iman Geddy is an independent illustrator and graphic designer based in Atlanta. 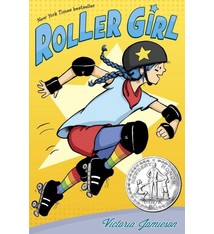 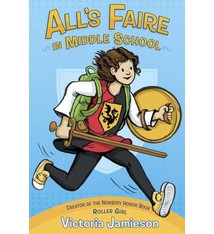