Home » Who Is LeBron James? 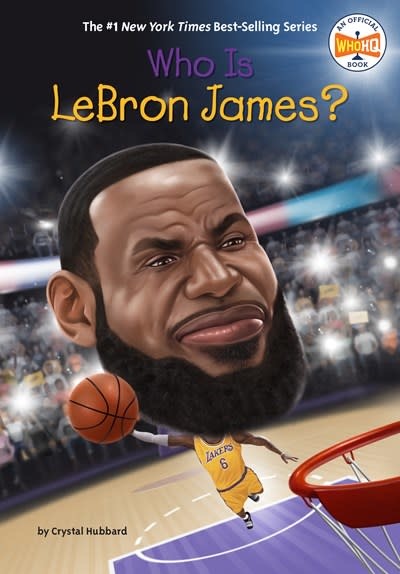 Who Is LeBron James?

How did a young boy from Ohio go on to become one of the greatest basketball players of all time? Read about the incredible life and career of LeBron James in this addition to the #1 New York Times best-selling Who Was? series.

Today, LeBron James is an international superstar who has won four NBA Championships, earned two Olympic gold medals, written books, and starred in blockbuster movies. He has played for the Los Angeles Lakers, the Miami Heat, and the Cleveland Cavaliers, and has gained fans across the country as he led each of those three teams to victory. Many basketball lovers consider LeBron James to be one of the greatest players of all time. But how did LeBron come to be "King James?" Find out all about LeBron's childhood, how he started playing basketball at the age of nine, and went on to rule the court in this new book for young readers!

Crystal Hubbard has penned picture books, contemporary and historical romance novels, and short stories. This is her debut title in the Who HQ series.