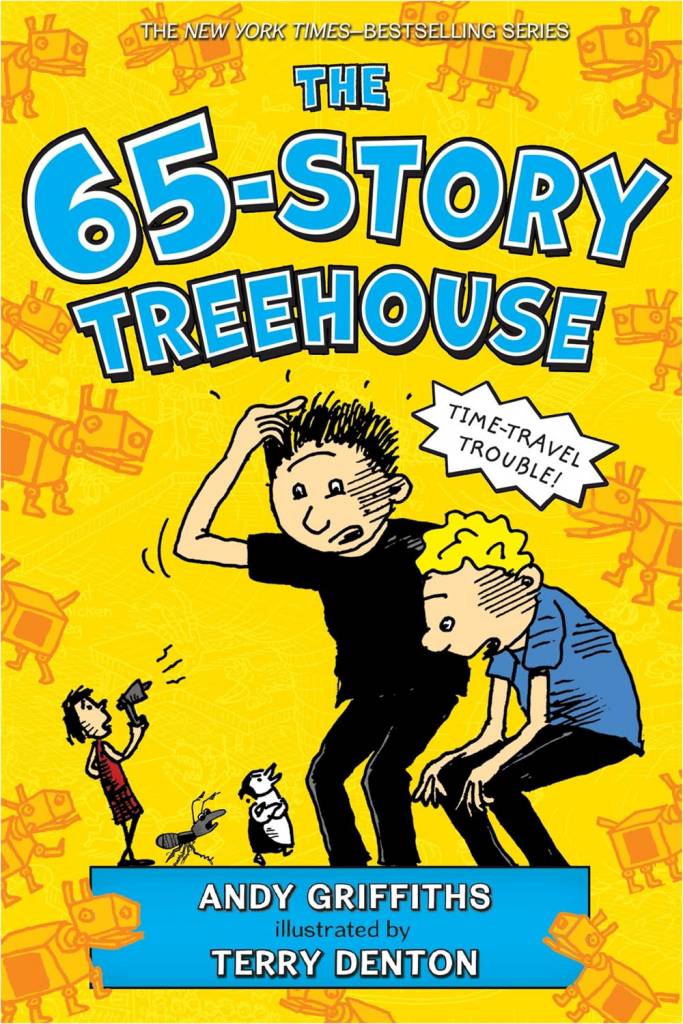 Ages 6 to 10
In the fifth book in the New York Times—bestselling Treehouse chapter book series, author Andy Griffiths invites readers to travel through time with him and his friend Terry, filled with their signature slapstick humor.

Andy and Terry live in a 65-story treehouse. (It used to be 52 stories, but they keep expanding.) It has a pet-grooming salon, a birthday room where it's always your birthday (even when it's not), a room full of exploding eyeballs, a lollipop shop, a quicksand pit, an ant farm, and a time machine . . . which is going to be really, really useful now, since Terry messed up (again) and the treehouse just FAILED its safety inspection.

Join Andy and Terry on a whirlwind trip through time as they try to stop the treehouse from being demolished! 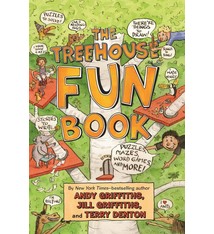 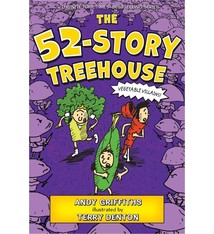