Home » The World and Everything in It 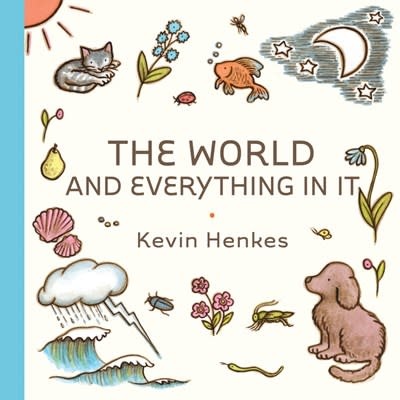 The World and Everything in It

There are big things and little things in the world, and everything in between. Caldecott Medal winner and #1 New York Times bestseller Kevin Henkes encourages young readers to be curious about the world around them in this timeless, beautifully illustrated, and masterful picture book. The World and Everything in It belongs in every child’s library, and illuminates key social and emotional concepts such as belonging, self-awareness, and community.

In the world, there are little animals, tiny flowers, and things so small you can’t see them. In the world, there are giant waves, a large sun, and things so big you can’t wrap your hands around them. There are big things and little things in the world. And everything in between—including you!A masterful picture book from Caldecott Medal winner and #1 New York Times bestseller Kevin Henkes, The World and Everything in It explores concepts such as curiosity, self-awareness, belonging, and size. Combining a precise, evocative, and lovely text with exquisite illustrations, Kevin Henkes deftly captures the wonders and mysteries of the world for any reader just beginning to wonder about how they fit in.A brilliant picture book to spend time with, discuss, and think about, The World and Everything in It is an excellent choice for social and emotional development as well as a lovely book to give to readers of any age.

Kevin Henkes is the author and illustrator of more than sixty critically acclaimed and award-winning picture books, beginning readers, and novels. He is the winner of the American Library Association’s 2020 Children’s Literature Legacy Award; he received the Caldecott Medal for Kitten’s First Full Moon in 2005; and Waiting won a Caldecott Honor and Geisel Honor in 2016. Kevin Henkes is also the creator of a number of picture books featuring his mouse characters, including the #1 New York Times bestsellers Lilly’s Big Day and Wemberly Worried, the Caldecott Honor Book Owen, and the beloved Lilly’s Purple Plastic Purse. His most recent mouse character, Penny, was introduced in Penny and Her Song; her story continued in Penny and Her Doll, Penny and Her Marble (a Geisel Honor Book), and Penny and Her Sled. Bruce Handy, in a New York Times Book Review piece about A Good Day, wrote, “It should be said: Kevin Henkes is a genius.” Kevin Henkes received two Newbery Honors for novels—one for The Year of Billy Miller and the other for Olive’s Ocean. Also among his fiction for older readers are the novels Junonia, Bird Lake Moon, The Birthday Room, Sun & Spoon, and Sweeping Up the Heart. Kevin Henkes has been published by Greenwillow Books since the release of his first book, All Alone, in 1981. His fiftieth book, the picture book Egg, was published in January 2017. More recently, he is the author of Summer Song, Sun Flower Lion, Billy Miller Makes a Wish, A House, and Little Houses.He lives with his family in Madison, Wisconsin. You can visit him online at www.kevinhenkes.com. 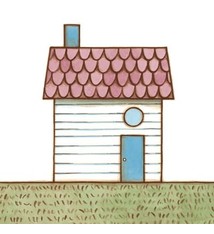 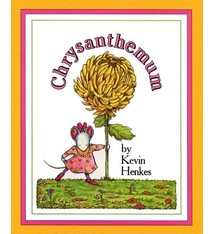 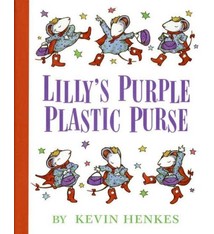